Today wasn't officially St. Patrick's Day, but Chicago celebrated anyways. I kicked off the day by running a 5k in Naperville with a couple thousand other runners. (There was also a sunrise Instagram meetup at North Avenue Beach this a.m. -- if only I could be two places at once!)

It was a reallyfun 5k -- I may do it again next year. More on the run in the next blog. After the run, I rushed home to shower and change so I could hop a train to downtown Chicago to meet up with a friend at the Chicago Flower and Garden Show. I took a little detour on my way to Navy Pier to check out the neon-green Chicago River: 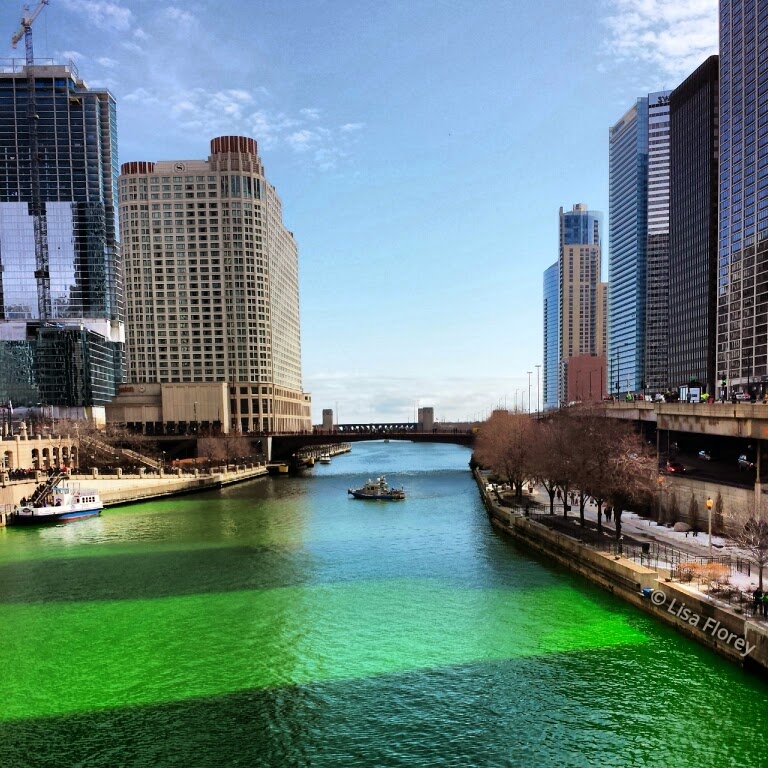 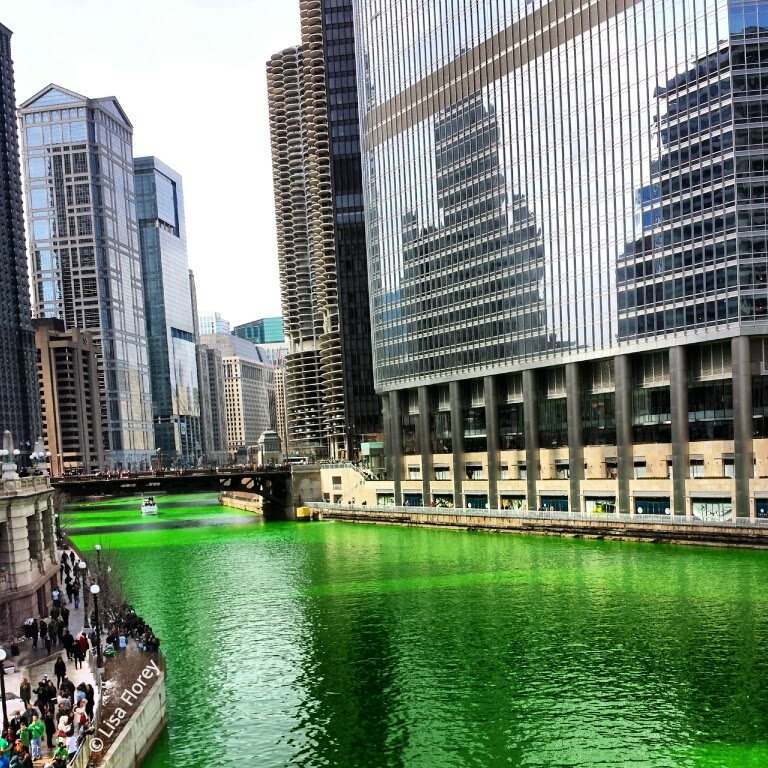 After the long, gray winter we've had, the emerald green was refreshing! Would you believe this part of the river was pretty much frozen last week? It was a whopping 33 degrees today; when I was here for my first St. Patty's Day two years ago, temperatures were in the 70s and we were wearing short-sleeved shirts! I was a little bummed by the weather because I found the funniest (at least to me!) T-shirt for this year's shenanigans, but it was too cold to show it off. Maybe next year!
Posted by LIsaF at 6:34 PM