I thought this quote was appropriate, since we seem to be in the never-ending winter. I took the photo at the Morton Arboretum back in December, when winter's cold and snow were a novelty. 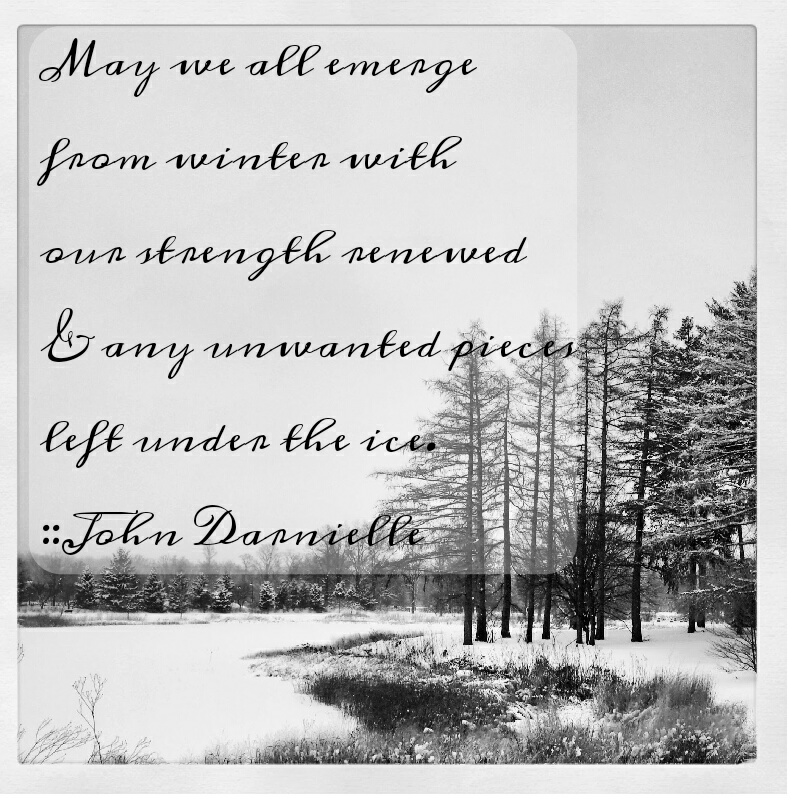 I'm trying out a new app to manipulate quotes on my photos; not sure I'm happy with the final result of this one yet, but that's what the editing process is for. (And it's why I'm a writer/editor instead of a designer!)

Starting the week off with a dose of positive:

It can be hard to stay positive when you're around people who have phrases like "you can't," "that would never work," and "it's too hard to do it that way,"  embedded in their vocabulary -- and then don't understand why you disagree.

I had a conversation full of those words at a Deaf event Friday night. I won't go in to details -- they aren't the point. The point is that your attitude does indeed make a huge difference. Negativity is so energy-sapping, a waste of time, and just holds you back from your potential.

Imagine my smile when I opened my blog feed to see today's topic over at Marc and Angel Hack Life  (one of my favorite blogs): 15 Powerful Beliefs that Will Free You from Negativity. Timely advice. And I really like that the author says he has them written down in his journal so he can look at them to keep them fresh in his mind.  I'm printing the list of 15 beliefs out and keeping it in my journal. I hope you do, too.
Posted by LIsaF at 7:57 PM No comments:

I had a difficult decision to make Saturday: which Instagram photowalk to go to: the IGersChicago one on Northerly Island or the 8x8 Gallery one at Garfield Park Conservatory? In the end, plants and the warm temperatures at the conservatory won out (even though it turned out to be a beautiful Chicago day).

Some of my favorite shots: 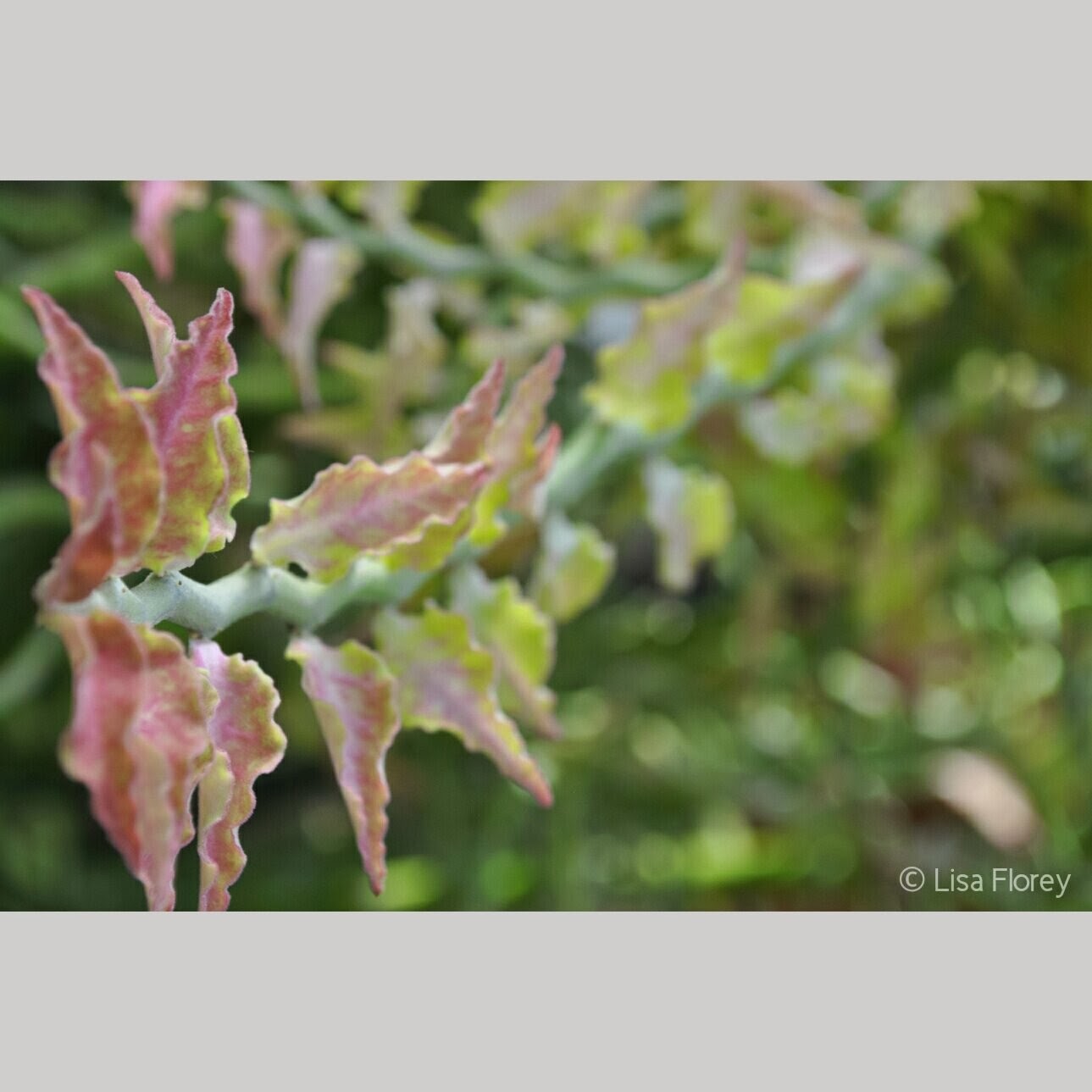 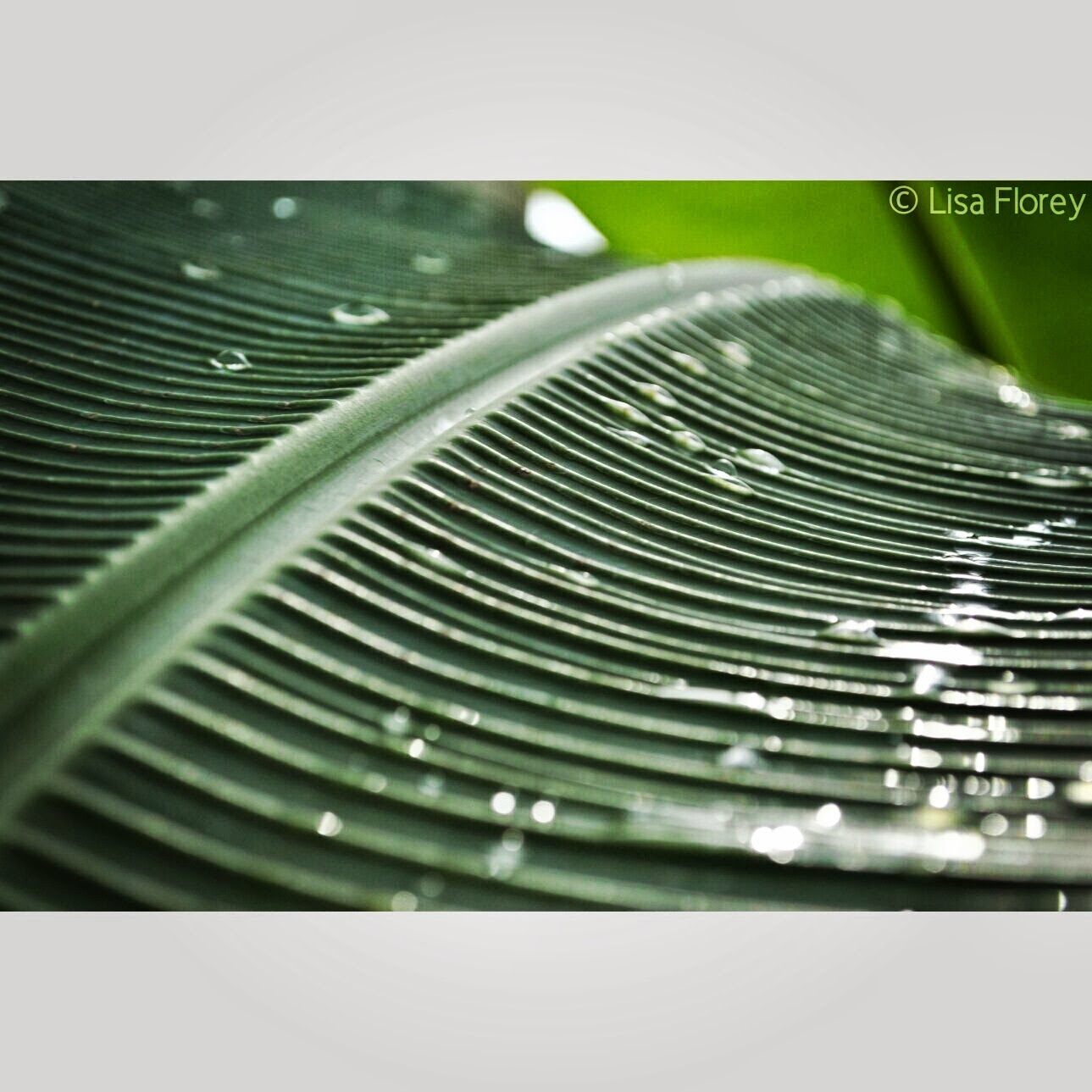 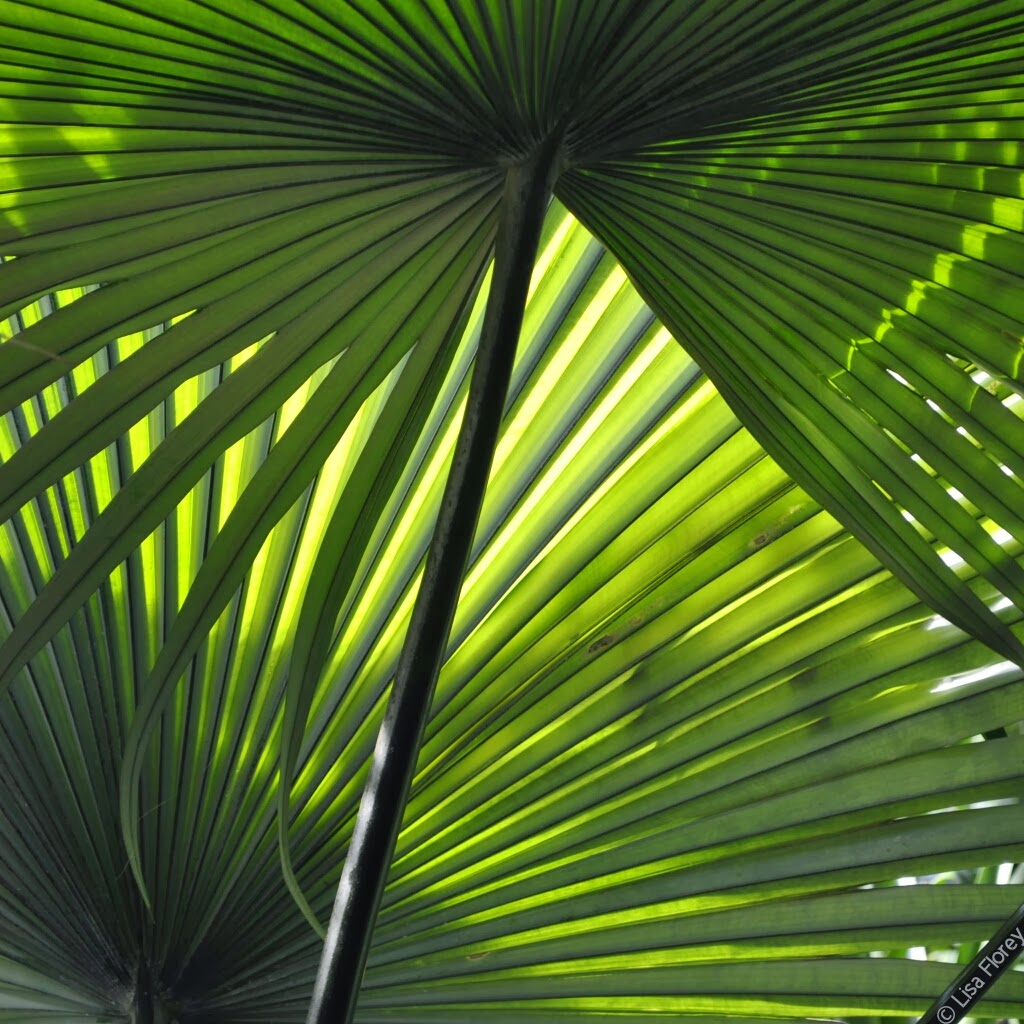 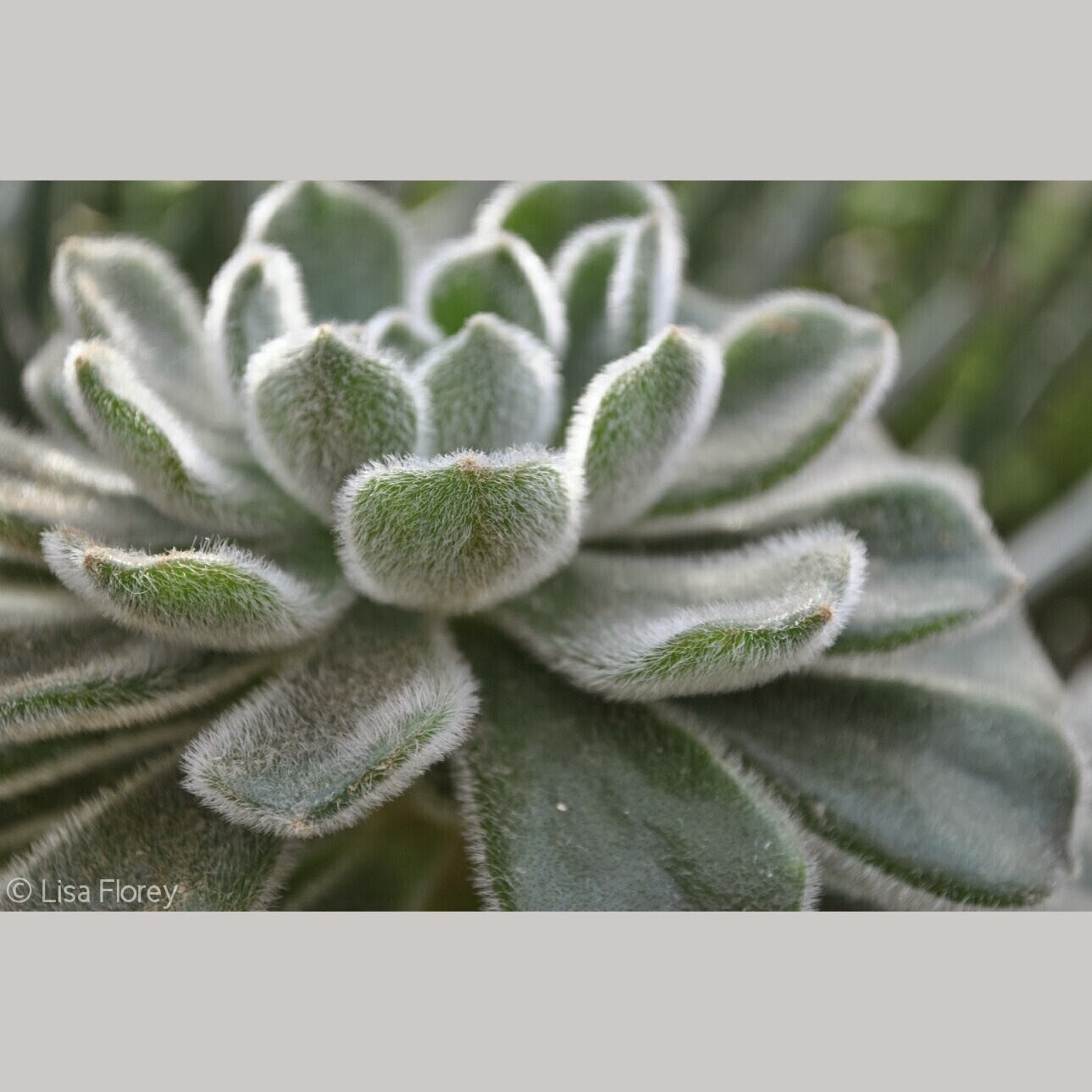 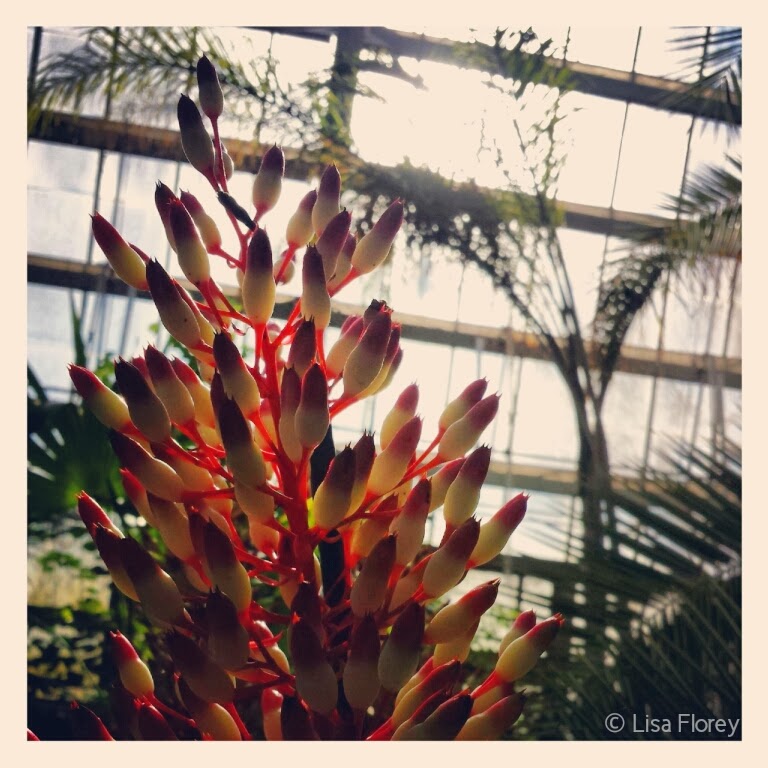 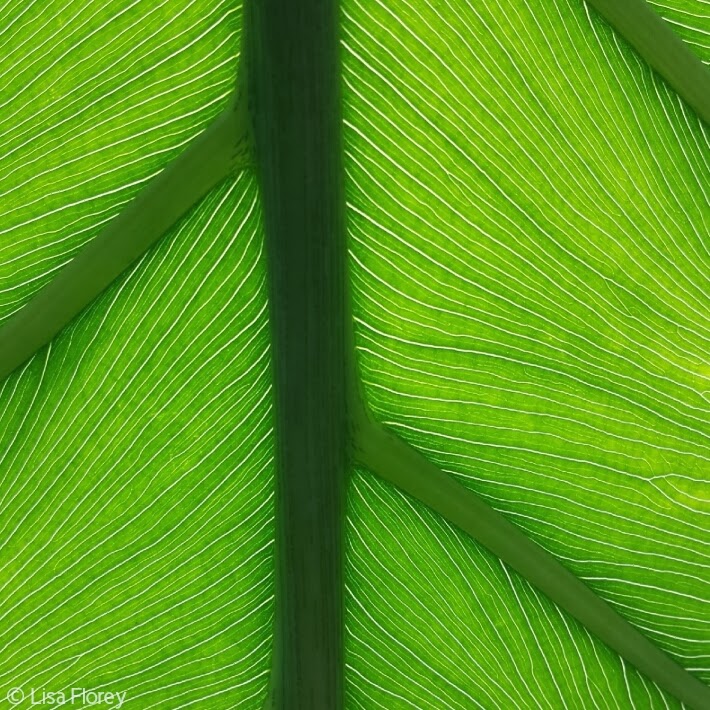 There was a lot of green! It was nice to experience warm temperatures (and, dare I say it, humidity!) for an hour or two. Spring is a little more than three weeks away!

Thought for today, as Chicagoland went through sleet, thunderstorms, fog and even some snow -- all in a 24-hour span. (Photo taken on the Oregon Coast, April 2013.) 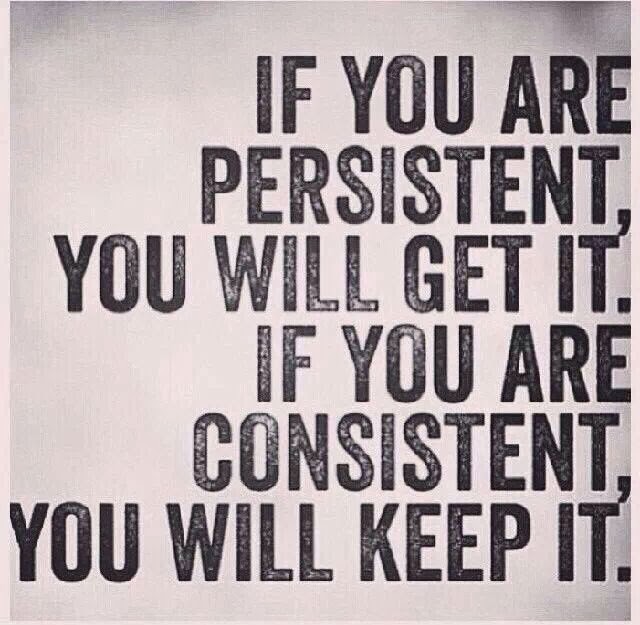 A few weeks ago, I told someone I was considering quitting stepping away from running and focusing on other things. I was not feeling well, frustrated by a bad run, and not enthusiastic about slogging through more mediocre, slow runs.

But I'm stubborn. I've worked hard to get to where I am: workouts on the treadmill, had a great swim workout, and core- and leg-strengthening workouts. And I just found a wonderful new chiropractor. Chicagoland finally had a day of sunshine and almost-above-freezing temperatures, so I headed to the park for a run outside with Baxter last week -- I figured if the run was bad, we could at least have a nice walk and enjoy the weather.

I surprised myself by running my fastest mile and a half in, well, a long time. I'm not sure who was happier -- me or Baxter. This long winter has not allowed many walks or runs outdoors -- most sidewalks haven't seen a shovel since December. We went out again today and took a quick 1-mile run around the park, but I confused Baxter because we kept turning around. Whoever plowed the paths only cleared about half of the loop. I kept running into plowed "dead ends" of snow piled 4-5 feet high! Of course, Baxter thought we should go through the snow and slush, but I wanted to keep my feet dry!

So the running continues. The cross-training I'm doing -- strength-training, swimming, yoga, and the elliptical (on the days I don't want to work out!) -- are paying off. I have a St. Patty's 5k coming up March 15 and a time goal forming in my head.

Also? This is happening: 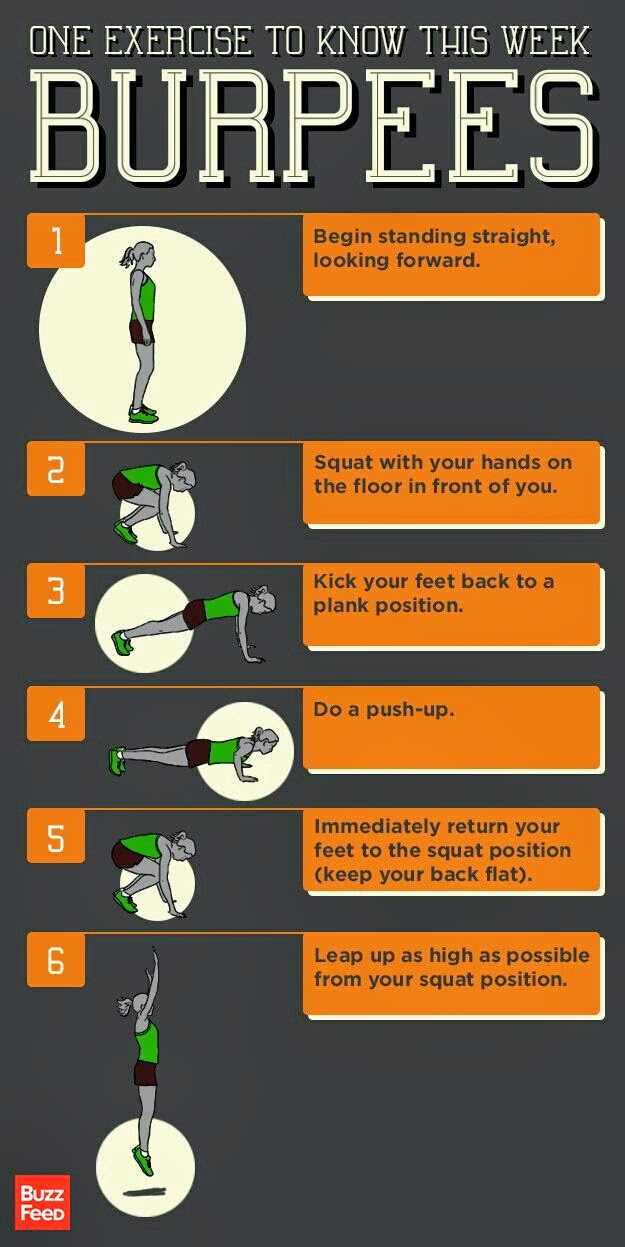 Gotta work off that pizza! And, um, chocolate. Because spring isn't that far away (29 days, but who's counting?). 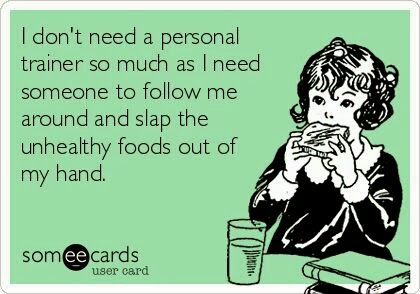 Happy Valentine's Day! Celebrating with Valentine's chocolate and season 2 of House of Cards. Don't worry, I won't post any spoilers. So far, I've watched episodes 1 & 2 and am going to t.r.y. to ration out the remaining 11. But episode 1? Whoa. 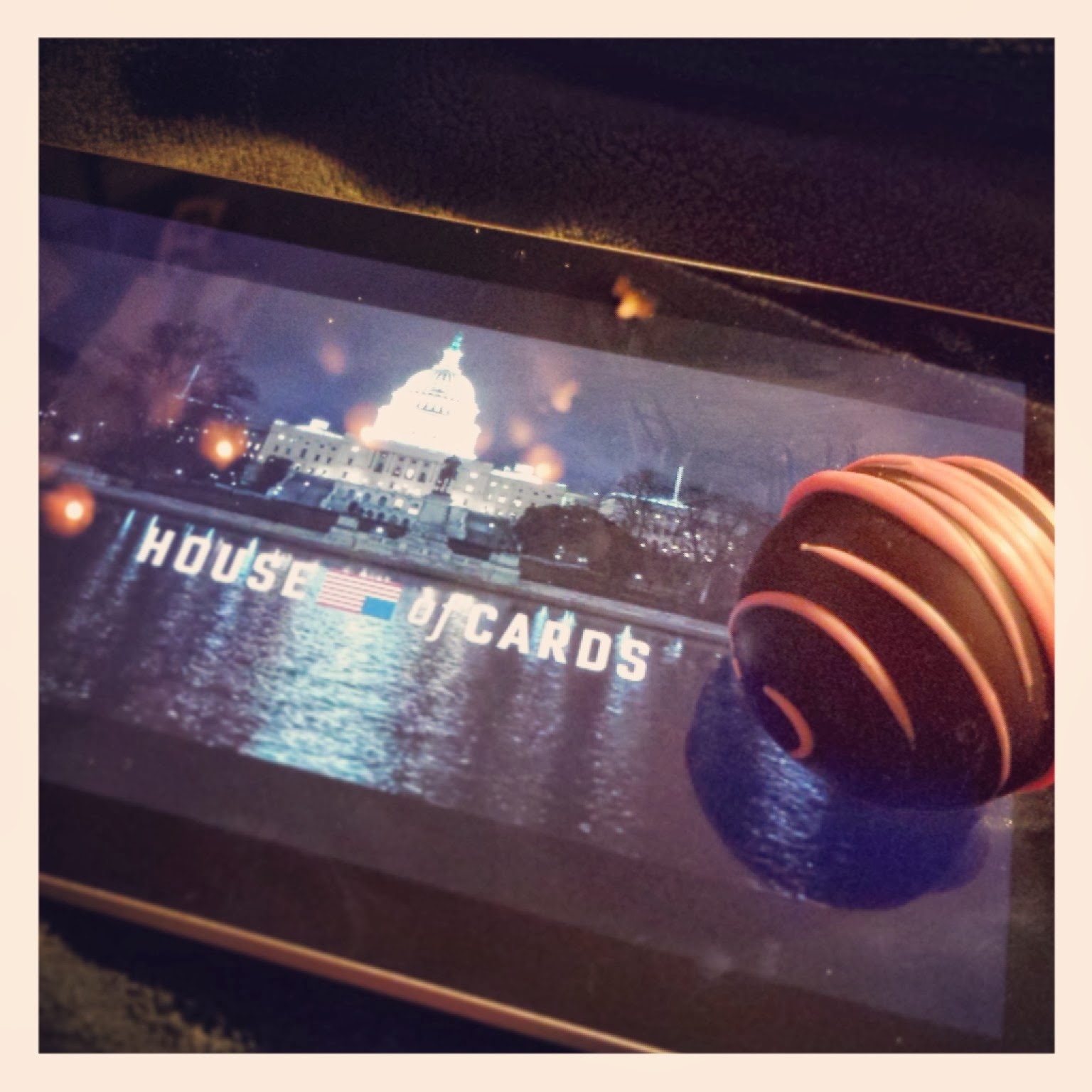 Abraham Lincoln was born 205 years ago today. I know President's Day isn't until Monday, but who likes postponing (or, if we're being honest, sharing) birthday celebrations? So, happy birthday, Mr. Lincoln! 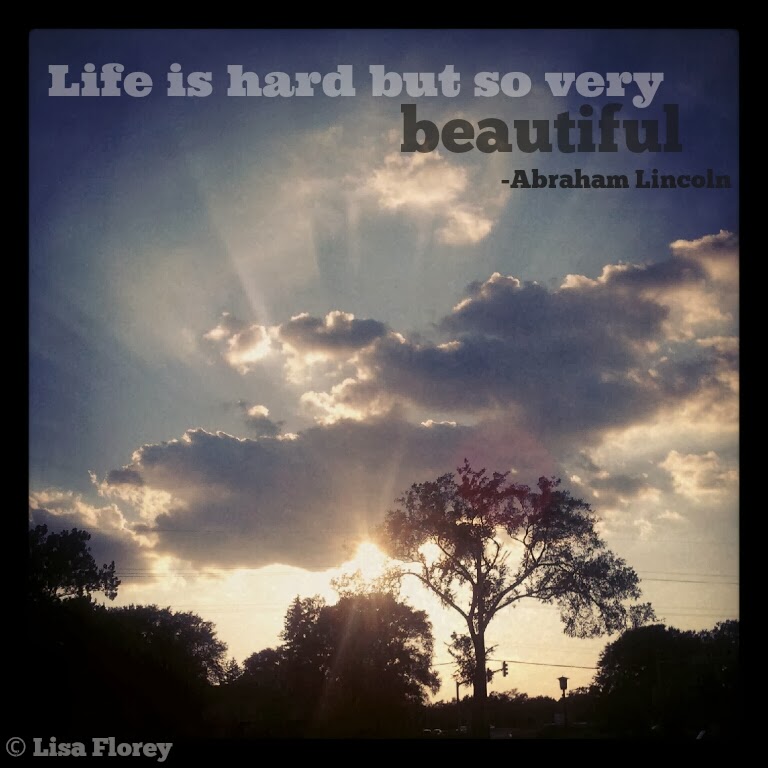 Have you  been watching the Olympics? They're pretty hard to avoid -- with the Games going on in Russia, 9 hours ahead of Central Time, it almost feels as if the coverage is 24/7, even though NBC is holding back its televised coverage for prime time. I've seen a few spoilers via social media, but am still enjoying the evening coverage (even with poor Bob Costas' pink eyes). I've found a few interesting Twitter accounts to follow, and a former college classmate has a cool blog that he updates as he experiences Sochi: Olympic Rings and Other Things.

I've learned about twizzles in ice dancing, winced at crashes in the snow and on the ice, marveled at Russian skater Yulia Lipnitskaya's crazy-flexible spins, and so much more. It's hard not to empathize with the athletes and feel their joy when they succeed or their heartbreak when things don't go their way -- the cameras are right there documenting so many of these moments. It's part of the territory when you're an Olympic athlete -- you're on the world stage.

How about Ashley Wagner's reaction when her program score in the team figure skating event was posted?

Poor sportsmanship. Sure, disappointment happens, but you smile -- or at least keep your game face on -- and move on. Keep moving forward (one of the best pieces of advice I ever had from a horse trainer that applies to anything in life). Participation in a scored event carries with it the acknowledgment that you're being judged -- and you may not always agree with the end result. Sometimes you'll feel the process is unfair, and other times you may get a 'gift' you may not feel you deserve. It may not always be possible to keep a 'poker face' -- especially under the glare of the Olympic spotlight -- but save the outright disgust for behind closed doors.

An athlete's reaction may be the only thing people will remember. Athletes like Wagner are out there representing our country. Remember the "McKayla Maroney is not impressed" meme from the 2012 Olympics? It blows my mind that things like this get so much attention. (I fully know I am adding to it!)

Did you even hear about the Canadian coach who helped out a Russian skier who broke his ski in the cross-country sprint? Or that the Russian ski team helped out the German ski team when they ran into an equipment issue? Probably not.

Let's put more focus on positive stories like those of Canadian brothers Alex and Frederic Bilodeau or U.S. biathlete Lanny Barnes. Those, to me, exemplify true Olympic spirit. 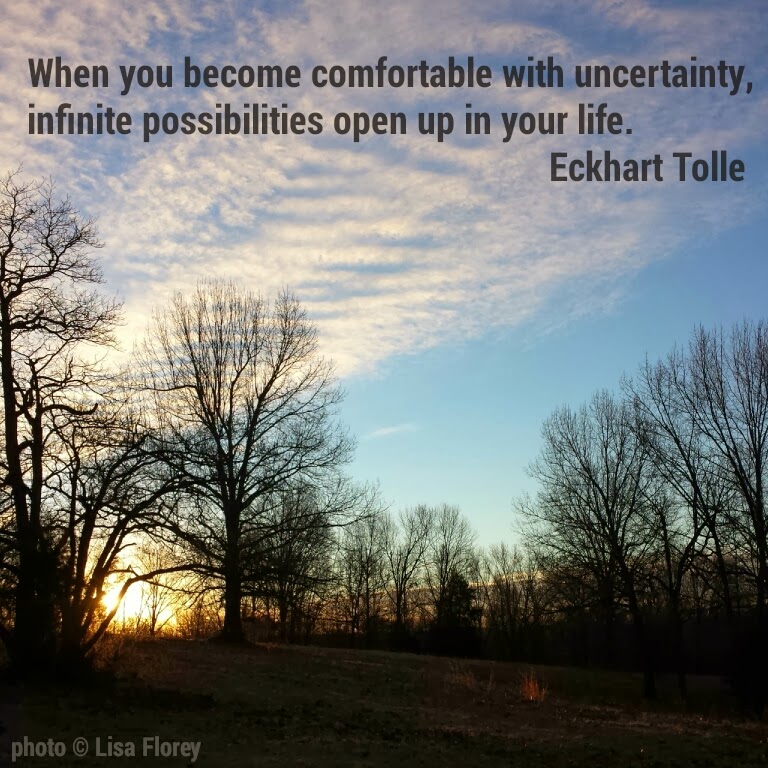 Tribes at the Steppenwolf Theater 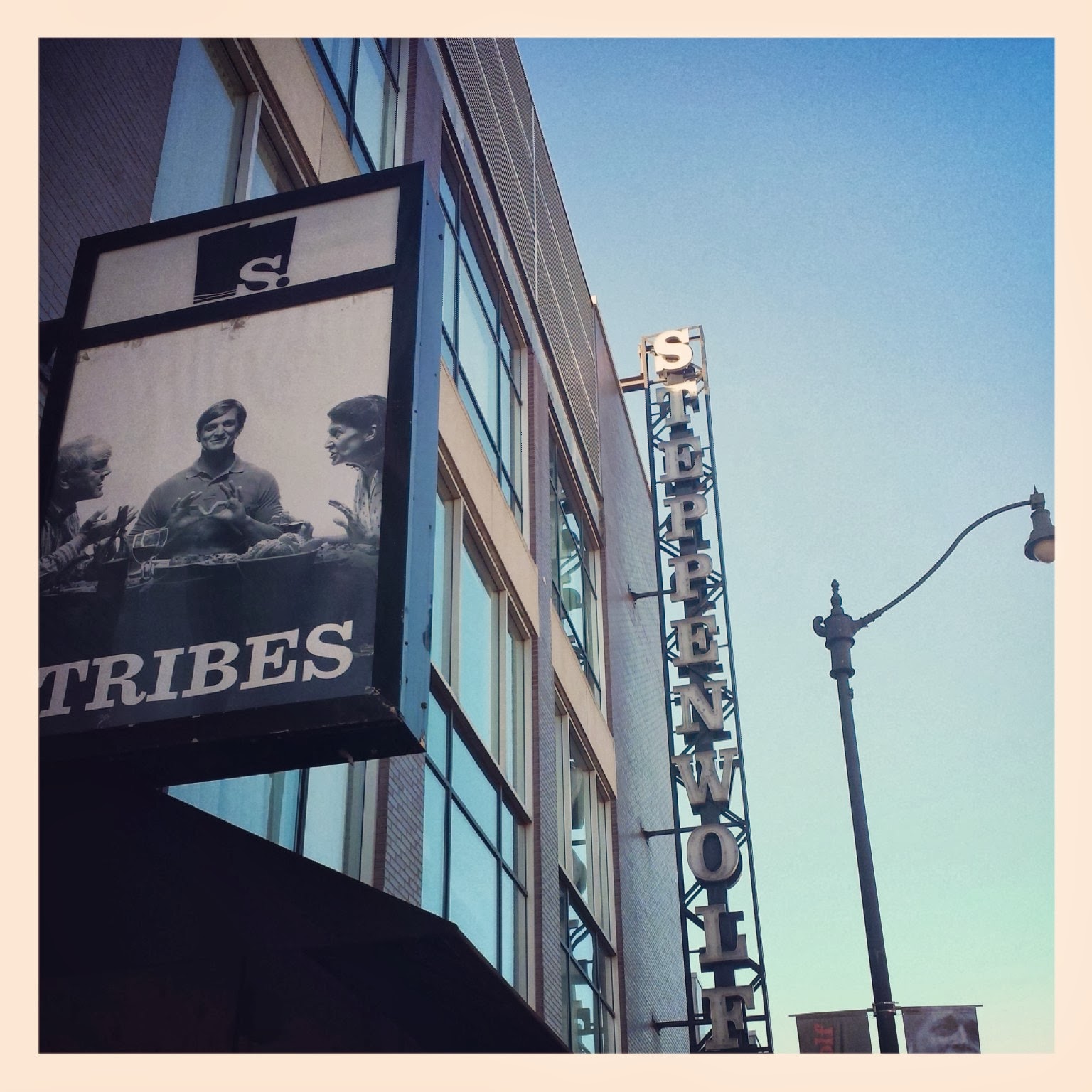 I saw Tribes at Chicago's Steppenwolf Theater in December -- I scored one of the few remaining seats for an American Sign Language-interpreted performance. I'm sure everyone who sees this performance walks away with a different interpretation.To me, it was a play about identity -- something I'm still molding to this day because I have one foot firmly in the hearing world and the other in the deaf community.

Playwright Nina Raine did a spectacular job highlighting how lonely it can be to be a deaf person in this hearing world -- whether it's within one's own family or among friends. No matter how well you speak and lipread, there's really only so much you can do. You end up being a step slower. A beat behind when everyone starts laughing at a joke.

Many people focus on the fact that Billy's family didn't learn any sign language, but to me, the bigger fault was that his family didn't really try and make sure Billy knew what was going on. He was isolated within his own family.

My family life was nowhere near as snarky (of course, we weren't British) or dysfunctional as Billy's family. My parents learned sign language, encouraged me to be the best person I could be, and taught me that   my deafness was just one small part of my identity, not my whole. It's a wonderful gift to give any child -- especially one with a disability -- the belief that there are no limits. And it's even more empowering when you give that child the tools to achieve his or her dreams.

Tribes won't leave you with the warm fuzzies like a Lifetime or Disney move. Billy's issue is just one of several exposed as the play explores communication. The play itself is full of language: opera, Chinese, music, writers, shelves of books, music, conversations around the dinner table. Sign language enters the picture when one Billy's girlfriend Sylvia tries to show Billy's family what a versatile, beautiful language it can be, not "broken English" as Billy's father put it.

There are many layers to this play: communication, isolation, inclusion, exclusion. At times, it was a challenge to follow all the dialogue in the play: there were three ASL interpreters signing for four hearing characters, plus two actors signing onstage. If I'd had the time to go to another performance, I would have liked to go to one of the shows with open captions. I'll probably buy the script to fill in some of the blanks and as a keepsake.

I highly recommend seeing Tribes if you can. Whether or not you have a deaf person in your family or circle of friends, you'll walk away from the play thinking about communication and how you listen to and perceive others.
Posted by LIsaF at 6:33 PM No comments: